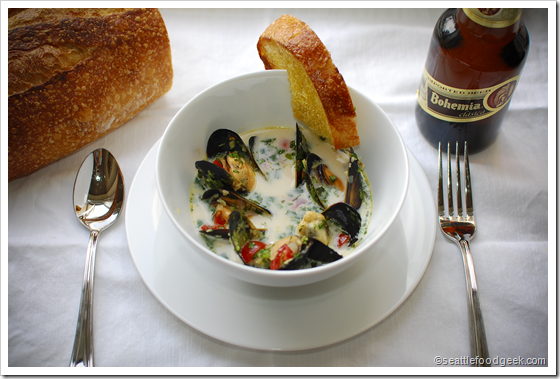 There’s an undeniable connection between seafood and beer.  Whether it’s broiled salmon and an IPA, or barbequed shrimp and a Bohemia, the combination is satiating.  For this recipe, we’re using a bottle of Bohemia to poach our mussels.  Bohemia is a slightly sweet beer with just a hint of bitterness, and it balances perfectly with the bright, fresh aromatics that we add right before serving.

You’ll want to make sure you’ve got plenty of good bread at the table.  I prefer a fresh sourdough, which goes hand in hand with (you guessed it) another beer!