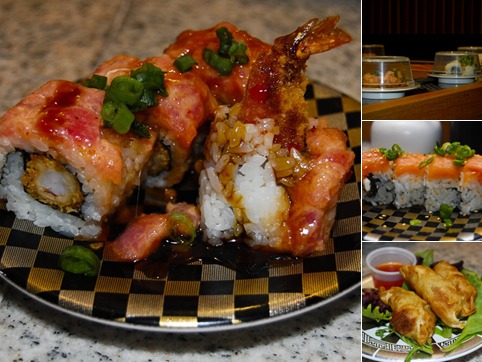 I had high hopes for Genki Sushi, the new conveyor belt sushi joint that opened above QFC in lower Queen Anne.  Unfortunately, the conveyor never brought me what I was looking for: really good sushi.  The staff was very friendly and attentive, though I blushed with sympathy as I was greeted with a clearly rehearsed-in-front-of-the-mirror Japanese greeting forced out of the poor ex-barista (I’m guessing) who seated us.  Like the outside of the Lumen building, there was an unfinished je ne sais quoi about Genki that made it feel more like an airport terminal and less like a sushi bar.  But I wasn’t there for the architecture; I was there to snipe sushi off of a moving belt and stack my plates into a tower of phallic proportions.

Alas, as the lidded plates rode by, I realized I would have no such fishy conquest that night.  There’s a saying that you eat with your eyes first.  That, I would argue, is never more true than with sushi: it is an inescapably artistic cuisine, normally planned and executed with a meticulous eye towards form, balance and beauty.  But the cross sections of room-temperature maki that passed before me had no such vitality.  The muted colors and careless arrangement of each plate foreshadowed the mostly mediocre food that followed.

To be fair, I will say that the salmon and cream cheese roll (I know, real sushi snobs will tell you this is not sushi) was OK.  But the rest was far below par, particularly  in a city like Seattle with its blossoming, progressive Japanese cuisine.

I do wish the best for Genki Sushi, but for now, I’ll have to do my raw fish sniping elsewhere. 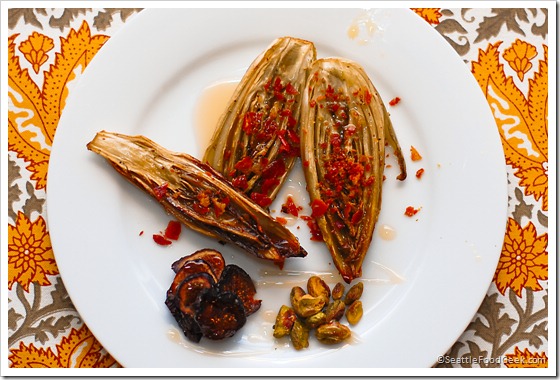 Admittedly, this salad may be trying a little too hard (or perhaps I’ve been watching too much Top Chef).  In any case, if you’re looking for a sophisticated, unique way to start off a dinner party, this is just the trick.  The key to this dish is balance.  Endive is naturally very bitter, but is offset by drizzling honey over the whole plate.  The figs and pistachios add texture, and the fried prosciutto… well, who doesn’t love crispy pork?

If sliced figs and pistachios don’t suit your dinner crowd, you can always drown the plate in blue cheese ;-) 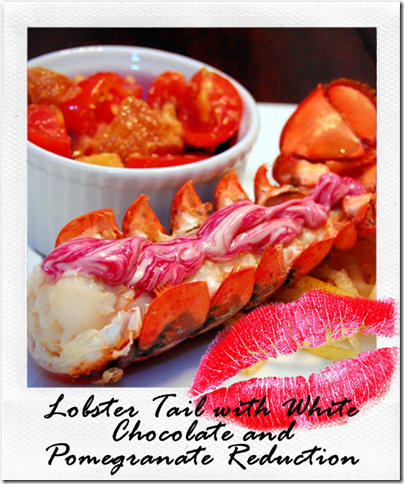 Making dinner for your date this Valentines day?  No?  Really?  You might want to reconsider.  Here are some excellent aphrodisiac recipes to let your partner know it’s business time.