This may be the most dangerous food I’ve ever created. I came up with the idea near the end of a very long day of work, when delirium had set in and all of my ideas were at their most absurd. But, in the morning, the idea still lingered with me, so, despite my sense of impending moral conflict, I present Hypermelon.

Hypermelon is melon that has been vacuum infused with an energy drink. Strong vacuum pressure causes the cellular structure of the melon to change, and when atmospheric pressure is returned, the melon sucks up a proportionally large amount of any surrounding liquid. In these experiments, I infused watermelon with 5 Hour Energy and Sugar-Free Redbull. It’s pretty easy to extend the recipe to Rockstar Energy Drinks or other high-caffeine beverages. The watermelon helps to mask the semimedicinal flavor of the energy drink, making consumption of those beverages even more dangerous.

Here’s a short video showing the vacuum infusion process. As you can see, the watermelon sucks up quite a bit of liquid. In fact, it only takes 200g of watermelon to absorb an entire 5 Hour Energy.

Watermelon being vacuum compressed in a pool of Redbull

I encourage you to exercise caution when making hypermelon. This shit is no joke. 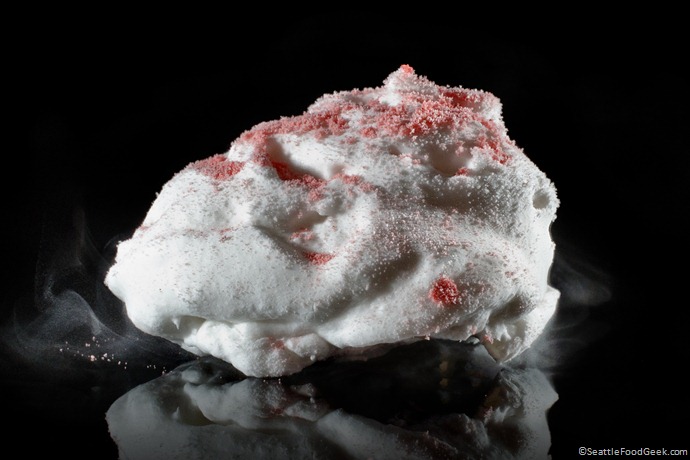