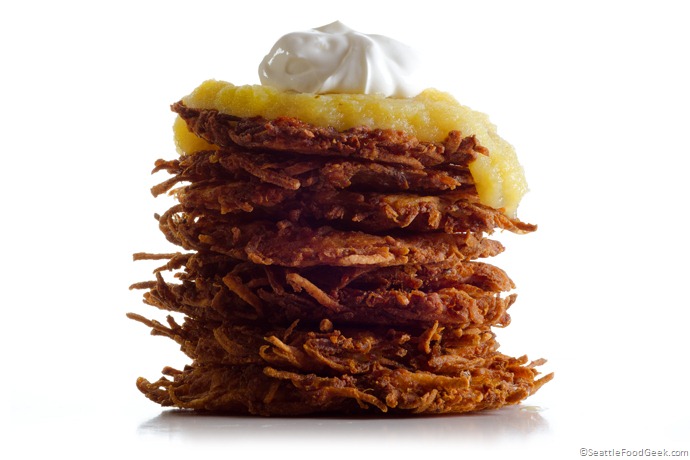 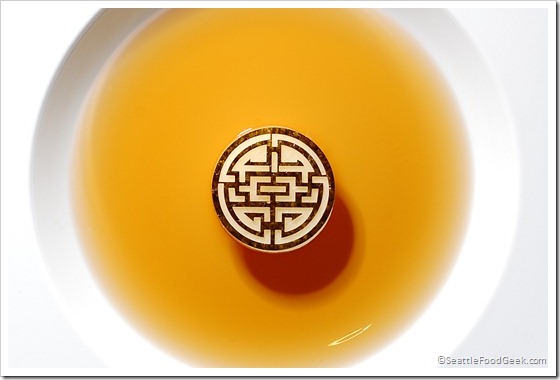 Having access to a laser cutter has made me think differently about food.  Although I’ve lasered more edibles than I care to mention, one of the most successful substances for laser cutting is nori – the seaweed paper used in sushi making.  Although nori cuts well, it is extremely delicate and brittle.  Inspired by that delicateness, I decided to use the nori as a garnish for duck consommé, a crystal-clear soup made from duck stock.  The potato creates a dramatic color contrast and allows the Japanese maze design cut out of nori to sit just above the level of the liquid.

If you don’t have access to a laser cutter (a travesty!) you can try cutting shapes using a very sharp hobby knife. 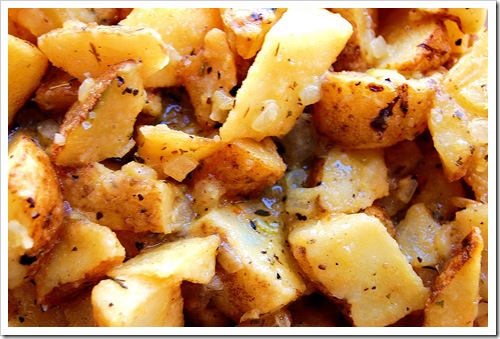 Although your guests may argue that this is not a “real” potato salad (of course, there is no mayonnaise) a single bite should settle the score.  This bright, vinegary side dish has been known to take center stage at my barbeques, so be sure to serve it alongside hearty entrees that will stand on their own.

If you want to cheat a little (I won’t tell) you may be able to get away with frozen roasted potatoes.  If you’re lucky enough to live near a Trader Joe’s, they sell a package of frozen potatoes with roasted veggies that works great for this recipe.  It can be our little secret.