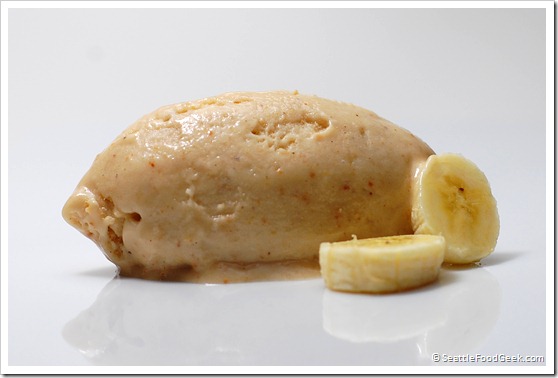 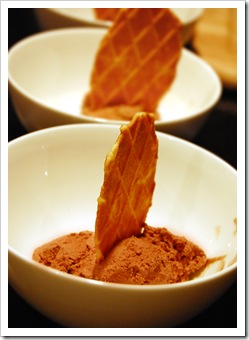 This dessert is so good that you’ll make an “ooo” face when you eat it.  The silkiness of this gelato comes not from some mysterious culinary secret, but from the inclusion of lots and lots of fat.  There’s no two ways around it, folks: great ice cream is heavy (iced) cream.  I’m confident that your guests can look past your nutritional indiscretions for a rare treat like this.

That’s it.  No special magic, just a lot of tasty ingredients and a carefree attitude towards gravity.  Garnish with a dessert wafer, or serve with fresh raspberries.