It must be ultrasonic month here at Seattle Food Geek headquarters, ‘cause I’ve got another high-frequency food hack.  I recently bought an ultrasonic mist generator to use as a humidifier for a meat curing chamber I’m working on.  These little devices emit ultrasonic waves (around 20KHz) which cause the surrounding water to cavitate into a very fine mist without raising the water temperature.  Since the mist is so fine (about 1 micron) and is instantaneous and low-temperature, I thought it might be a great way to disperse aromatics around a food or beverage.  I ran a few experiments to see if it would turn alcohol into mist, but unfortunately most of the results were very poor.

Rum did bupkis.  Whiskey gin were the same.  Dry vermouth produced a small amount of mist, and absinthe on it’s own produced a decent fog.  However, since Absinthe is meant to be consumed with added water anyway, the cocktail you see above was the best result I achieved in my limited testing.  From what little I can gather, I think the mist generator relies on a relationship between the frequency of the emitted ultrasonic wave and the speed with which sound travels through water in order to produce the mist.  Sound waves will move at different speeds in liquids with different densities, so perhaps tweaking frequency of the transducer would allow me to directly mist other liquids.  Just a theory.

The mist generator has a ring of garish, color-changing LED lights built in – this is not part of the intended effect.  However, the mist produced above the drink does add something nice to the act of drinking it; the aromatics of the absinthe are amplified by becoming airborne, so you get a pleasant hit of anise aroma before you make contact with the drink.  I think there’s potential to this technique, but until I can make mists out of whatever liquid I want, and without having to submerge a plastic doodad in your cocktail, I’ll consider this to be a “promising prototype.” 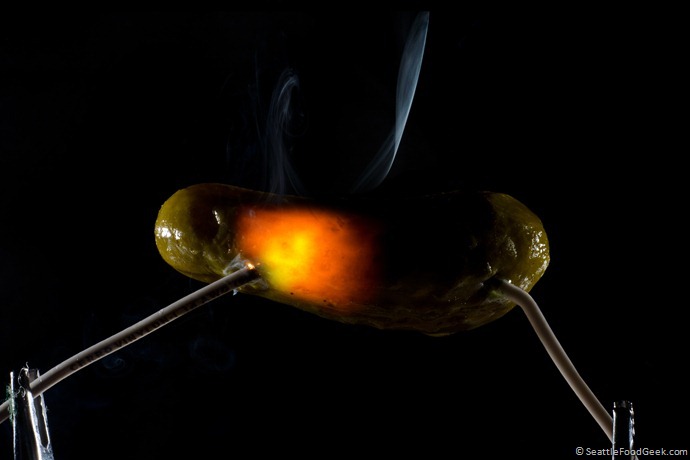 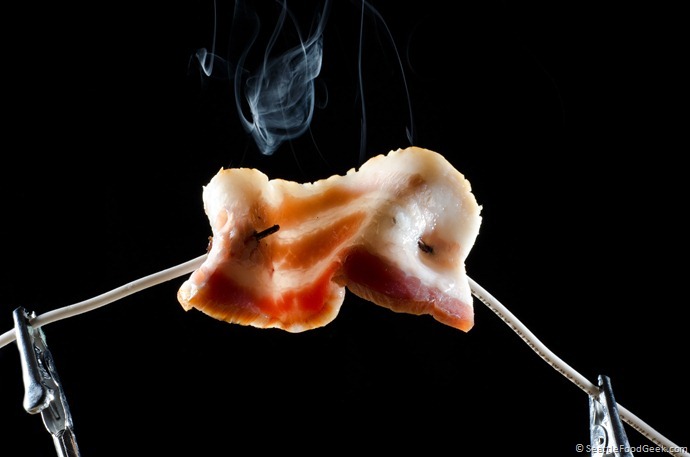 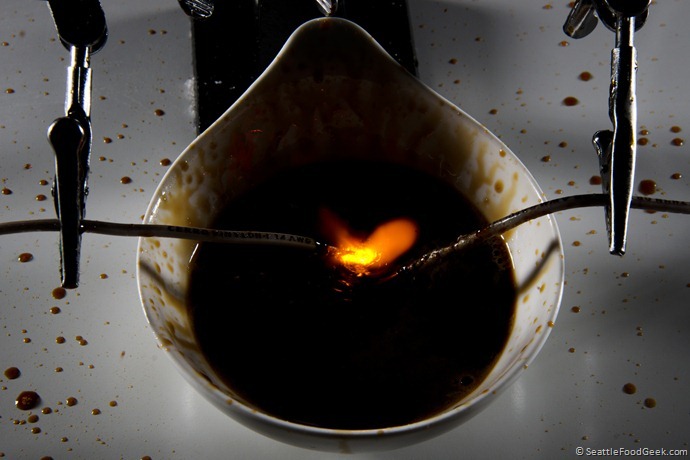