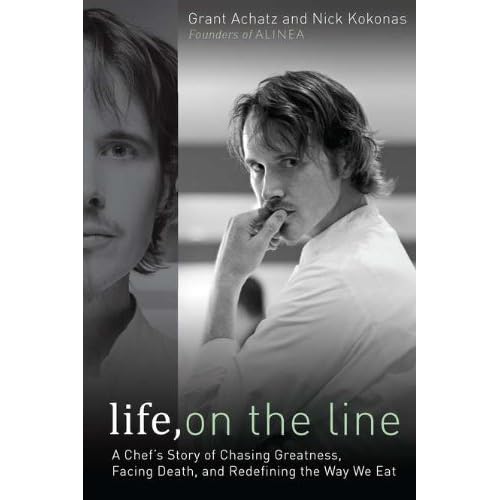 Grant, what did you hunt for when you went hunting?
GA: You mean in my childhood?
Yeah.
GA: Most of the time it was pheasant, but I did a good amount of deer hunting as well.
Did you use a rifle?
GA: Everything from bow, shotgun, to rifle.
Have you ever served something that you’ve killed in your restaurant?
GA: Not in the restaurant, no, but personally, yeah.
NK: Our food runner has, right?
GA: No…we have a food runner…the Health Department’s going to come in and shut us down if I tell this story…
Well, just tell me to fuck off… [laughter]
GA: We have a food runner whose family has property in Indiana and whenever we have a VIP list coming that we really want to try and blow away, we’ll have him go back home and get a pheasant, or woodcock or something like that and bring it in.
So sounds like you haven’t been hunting in a while.
GA: No…
NK: We did.
GA: Oh yeah. That’s the last time – we did!
NK: When’s the last time you shot a gun before that?
GA: Ten years, fifteen years.
NK: That’s a funny story.  So I took him pheasant hunting and the first bird gets up and he’s borrowing a gun of mine, a shotgun, and he’s goes ‘pft’ ‘pft’ and it starts flying away and I just went ‘pft’ and drop it. He thinks that I messed with his gun.
GA: So, there’s a backstory to this.
NK: The backstory is you couldn’t hit the side of a barn for the first half hour.
GA: No! The backstory to this is that – I will fully admit I am a redneck. So, Mr. Kokonas here likes to hunt in the [Grant adopts a fake accent] “European way”.
NK: Walking through the field, with dogs and all that.
GA: When me and my old man would go hunting, we would have 12 gauge semi-automatics with 3 inch chambers. [laughter] And we would take the plug out so we could get six shells in there!  So if you missed in the first two shots, you had four more in there.
Just keep shootin’ son…
GA: Yeah!

Life, on the Line: A Chef’s Story of Chasing Greatness, Facing Death, and Redefining the Way We Eat
By Grant Achatz and Nick Kokonas
Hardcover, 400 pages
Gotham
List price: $27.50