This has been an incredible year. 362 days ago, as of the time of this writing, I walked into Modernist Cuisine headquarters for my first day of my new job. I was excited, nervous, and not quite sure what to expect, or what would be expected of me. I was thrilled that my work on SeattleFoodGeek.com had led to the incredible opportunity to leave Microsoft and work in a job that ran parallel to my passion. I had no idea just how amazing this would turn out to be, and what an indescribable dream of a year would lay ahead. With deference to the art of the humblebrag, here’s a look back at just a few of the incredible things that happened in 2012.

I met some amazing people 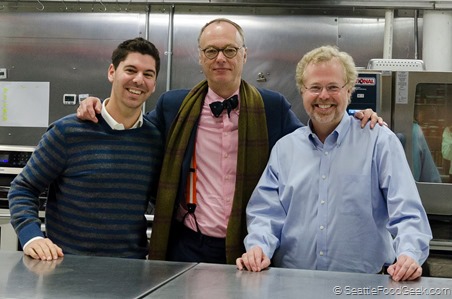 Chris Kimball from Cook’s Illustrated and America’s Test Kitchen.  Yes, he really does wear the suspenders and bowtie. I’m a little jealous. 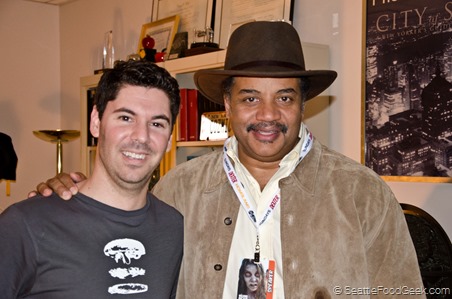 THE Neil deGrasse Tyson, director of the Hayden Planetarium at the American Museum of Natural History, and legendary geek hero. We had an intense conversation about the physics of cooking pizza on the surface of Venus, and about what really happens when you decant wine. 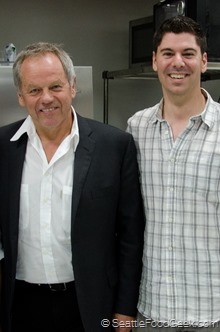 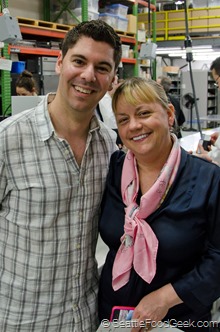 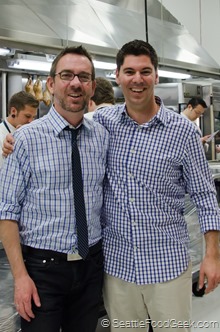 Chopped host and former Queer Eye food guy Ted Allen and Barefoot Contessa Ina Garten. Ted was intrigued by a number of techniques that our culinary team demonstrated for him in the lab. Much to my surprise, Ina and Nathan had a long conversation about nuclear reactor design – it turns out that, prior to becoming a Food Network icon, she was a White House nuclear policy analyst. 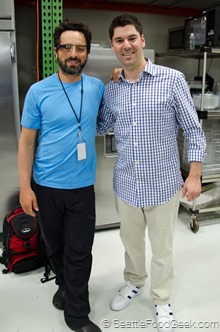 Google co-founder Sergey Brinn, who graciously let me try on his Google Glasses and like-minded chef/mixologist/food geek Dave Arnold. This is a really terrible picture of me and Dave Arnold. 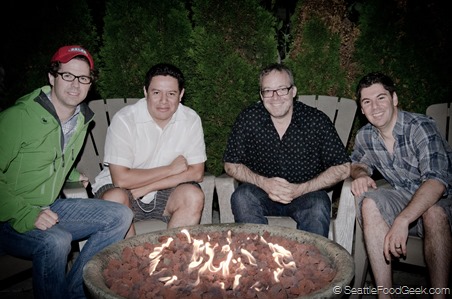 Alexander Talbot of Ideas in Food and Cesar Vega of The Kitchen as Laboratory. Jethro and I had them over for an encapsulated leavener pizza party. Read all about it here.

…Not to mention dozens of other incredible chefs, scientists, businesspeople, artists and generally inspirational folks who were wise enough to avoid having their picture taken.

I traveled and I ate

My wife and I made our first pilgrimage to The French Laundry. Ever since I fell in love with food, it had always been a dream to visit this mecca of fine dining. We enjoyed 17 courses, including many of the restaurant’s iconic dishes (oysters and pearls, salmon tartare cornets) and incredible hospitality from the entire staff. In any previous year of my life, I would not have had the opportunity to eat this meal, nor would I have appreciated it so deeply, 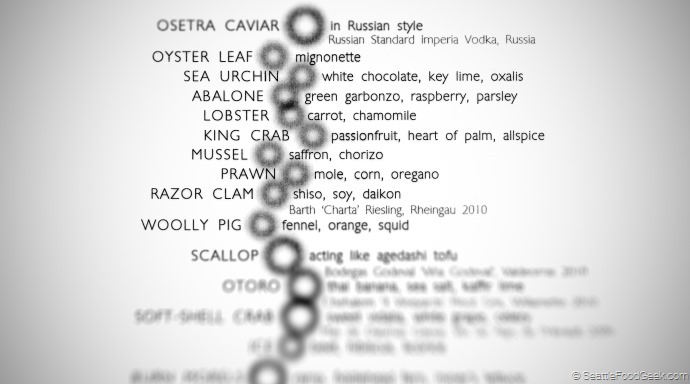 I also had my first meal at Alinea. It would be an understatement that dinner at Alinea blew my mind. It would be more apt to saw that dinner at Alinea attached itself to a dozen points on my head, then ran off in opposite directions expanding my brain like a Hoberman sphere. Surrounded by my wonderful friends Jethro, Mindy and Eric (who works for Chef Achatz), we were served 25+ courses, perhaps a dozen wines, and enough caviar to make an emperor blush. That meal has forever changed the way I think about the restaurant experience. 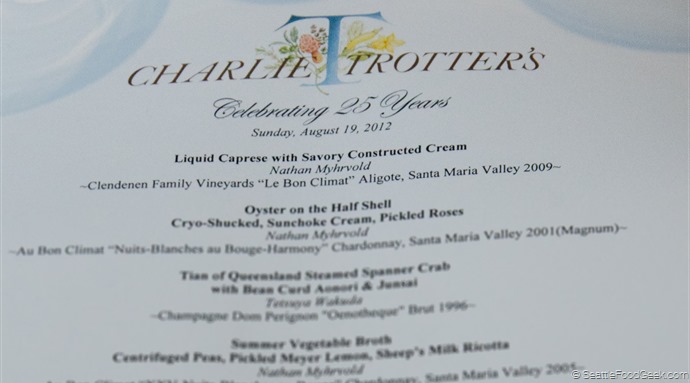 In August of this year, Nathan and the culinary team were invited to cook for Charlie Trotter’s 25th anniversary, which precluded the restaurant’s announced closing by just a few weeks. I was very fortunate to be invited to tag along – although my cooking responsibilities were… limited, I managed to make myself handy as the unofficial event photographer. Throughout the weekend, in between being spoiled with dinners and parties, I got to hang out with chefs Sean Brock and Tetsuya Wakuda, both of whom have every right to be far less humble. I also briefly met Rahm Emmanuel 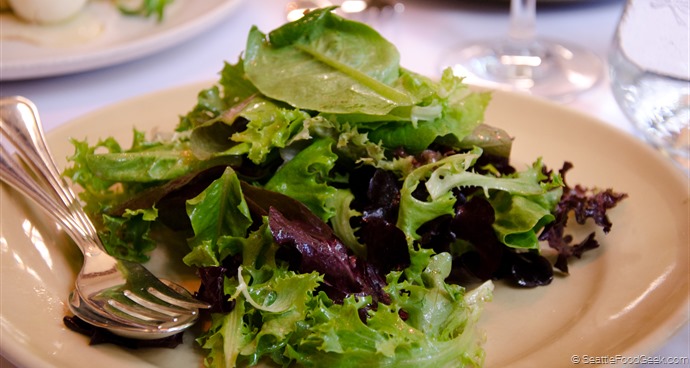 At the other end of the fussiness spectrum from Alinea and French Laundry, I also had my first meal at Chez Panisse. Some people perceive a tension between Alice Waters’ philosophy on food an the philosophy we extoll at Modernist Cuisine, but that tension is entirely false. We both seek to honor our ingredients and we both believe that food that is grown with more care tastes better. Well, lunch at Chez Panisse proved that within a few bites.

These were just a few of the incredible food experiences I had this year. There were dozens of others, from Momofuku Ssam Bar and NoMad in New York, to Canlis in Seattle, to grabbing an In-N-Out burger in the middle of the night in Hollywood. I feel like this has been a year of culinary rites of passage, and I feel unworthy knowing how many great meals still lie ahead.

Part of my job (a big part, as it turned out) is spreading the word about Modernist cuisine, and specifically about our books. Sometimes this means getting on stage or in front of a camera, and other times it means doing whatever’s necessary to help Nathan or any other member of the team spread the word. 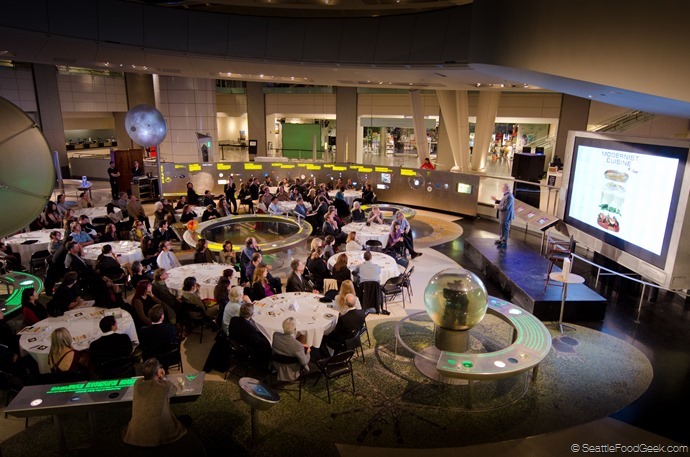 Here’s Nathan presenting at the American Museum of Natural History for the Modernist Cuisine at Home launch in New York City. We had just come from Google, where Nathan gave another presentation. Although you can’t see me in the photo, I was running the slide deck that night from the back of the room while Nathan was on stage and our culinary team was preparing tasting samples for the attendees.

This year, I also had the honor of officially representing Modernist Cuisine. Do you know what it feel like to go from being a fan of something to being a spokesperson? It feels really, really good. The photo above shows a talk I gave on our newest book, Modernist Cuisine at Home, at Powell’s in Portland. 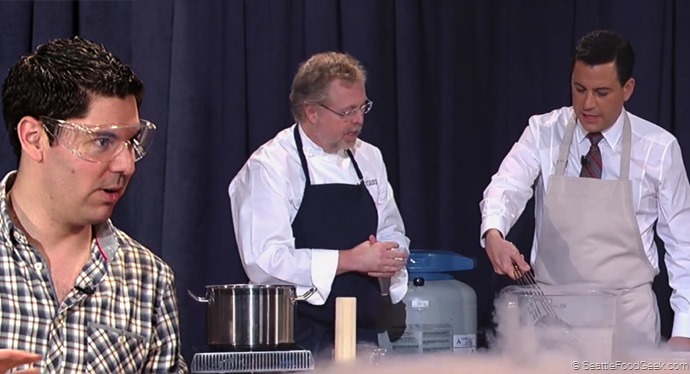 While Nathan was cryofrying a burger for Jimmy Kimmel, I was just offstage. I actually did this demo, onstage on the Jimmy Kimmel Live set, in a run-through with the segment producers before Nathan arrived at the studio. They recorded my “performance” onto a DVD. That means, technically speaking, that there’s footage of me doing a cooking demo on Jimmy Kimmel Live. I’ll take it! 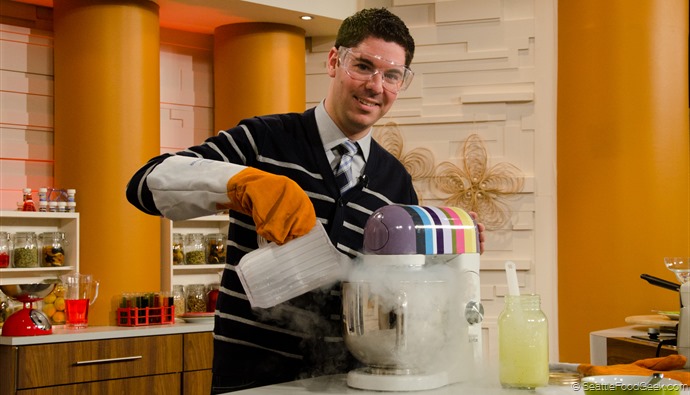 I also demonstrated liquid nitrogen ice cream and centrifuged tomato water live on Irish daytime TV to promote Modernist Cuisine. I also participated in a Food/Art/Science exhibition at the Science Gallery in Dublin. With the help of a few student assistants, we made a “wall of centrifuged foods” to illustrate the individual component ingredients that you can only obtain through culinary centrifugation. Unfortunately, I didn’t predict that the temperature created by the backlights in this display would be ideal for active bacterial growth inside the sealed test tubes. Within 24 hours, the centrifuged foods began fermenting. The gas released by the fermentation process caused enough pressure to pop the lids off most of the tubes, sending a spattering of food juice across the room. I called it a “kinetic exhibit” and pretended it was all part of the plan. 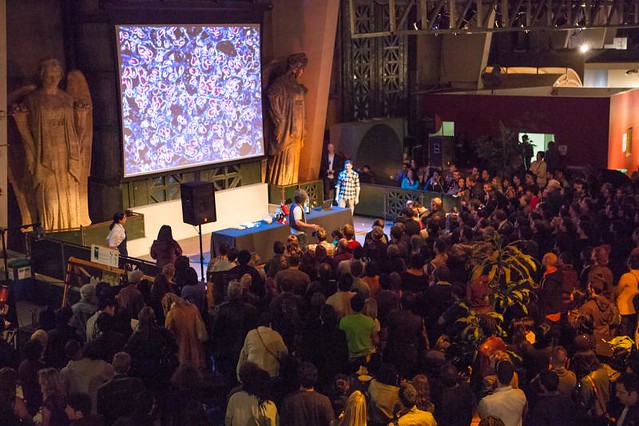 In perhaps the most rockstar moment I’ve ever experienced, I spoke to a record crowd of 2,500 fans at the Exploratorium in San Francisco, along with Modernist Cuisine chef Anjana Shanker and our former head chef Max Bilet. Neither before nor since have I seen a crowd cheer and make the sign of the horns in response to the person on stage saying the words “sous vide.” 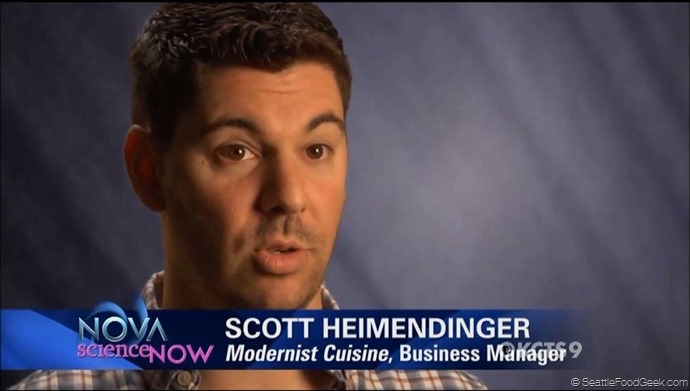 I think this one unlocks some sort of nerd achievement: I appeared on the NOVA ScienceNOW profile of Nathan and Modernist Cuisine. At the time that NOVA was filming the segment on Nathan, I was our PR manager. We had a few minutes of downtime while we were waiting for someone to arrive for an interview, so they asked if I’d sit in. I didn’t expect that they’d use any of the footage, but when we watched the show, there I was!

I Made a Web Video Series with CHOW.COM

We call it MDRN KTCHN and all 12 episodes of season 1 are live. The show wouldn’t be possible without my awesome production team: Roxanne Webber and Blake Smith, without the fantastic support of CBS Interactive, and of course, without my job as Director of Applied Research at Modernist Cuisine. This show has been an incredible platform for reaching people who are interested in Modernist cooking, and I’m extremely proud of what we’ve created. Season 2 will be off the hook.

To top it all off, as if a square millimeter of this year’s lily might go ungilded, Forbes Magazine named me as one of their 30 Under 30 in Food and Wine. Holy. Shit.

This year has been a phenomenal confluence of professional success and personal passion. Every day I work with people who I respect and admire, I’m having a blast doing it, and they pay me for the privilege. I owe thanks to my friends and family, particularly my wife Rachel, who gave me the support and courage to take a risk and pursue my dream job. But I also have an immeasurable debt of gratitude to Nathan, not only for hiring me and giving me these opportunities, but for literally creating the business of Modernist Cuisine. None of what I described above would have been possible without his trust that a food blogger and fanboy with a Microsoft day job could have something to contribute to the incredible work that takes place at Modernist Cuisine.

The Birch of the Shadow

I feel there could be a couple duplicates, but an exceedingly helpful checklist! I’ve tweeted this. Several thanks for sharing!